I have been a bit delayed at writing this, but at long last, I have an update regarding my visit to TechEd 2013’s Speaker Idol competition.  For the uninitiated, Speaker Idol is a technical speaker competition in “American Idol” format in an attempt to identify future speakers for Microsoft’s TechEd conference.  The winner of the competition gets a guaranteed spot in the following year’s conference. Carl Franklin has graciously posted a video of the competition’s final round of speaking on YouTube for all to see: 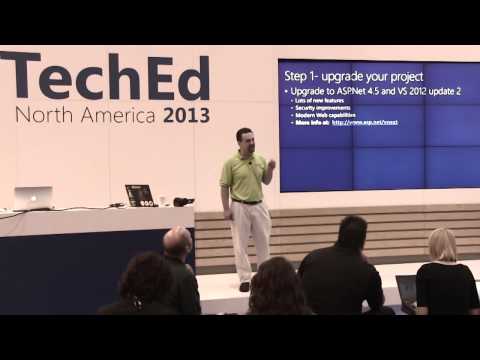 This was a great experience for me, and helped me realize just how far I have come since my first appearance at Speaker Idol in 2012.  If you are interested in testing your mettle, and think you can be a TechEd speaker, I highly recommend you contact the event organizers and attempt to enter the competition next year in Houston at TechEd 2014.

As for me, next year I will not be entering the competition.  I have submitted two finalist qualifying talks to Speaker Idol 2012 and 2013, earned a Microsoft MVP award, and have a number of larger conferences on the schedule over the next 6 months… I should have plenty of qualifications to be a TechEd speaker in 2014.  We’ll see how that process goes.

What did you think of the video?  What can I improve in the way I presented my talk?  Sound off in the comments area below, I’d like to hear your thoughts.