Today’s stream didn’t deliver much in terms of new code, but I think it had a bit of value.  Over the last 24 hours, my Amazon account was hijacked.  I started the stream discussing what happened as well as the steps I am taking to remedy it. Then, I fixed an issue with Epic Build Music, and then did the tedious renaming of the Rundown project.

Wow..  those thumbnail pictures on YouTube are NOT flattering…

I am writing up the entirety of my experience in dealing with Amazon and will publish that as my next post.  I’m also recording a quick “how-to” for less-technical folks who aren’t familiar with two-factor authentication and how to enable it, as well as use it.

We had an issue submitted about the layout of the settings dialog for Epic Build Music, and they were right… the layout was terrible. 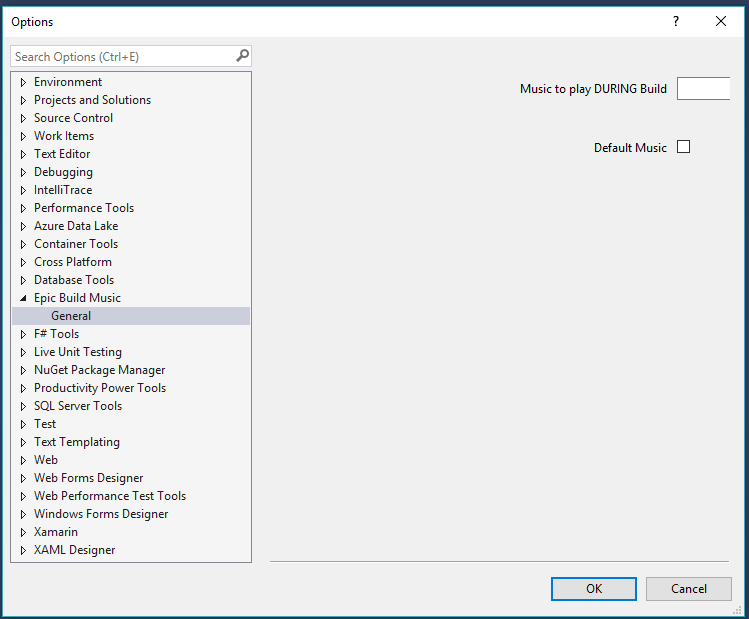 We fixed this disastrous UI by removing the percentage width of the columns of the layout grid inside the GeneralOptionsUserControl.  Additionally, I added a new Windows Forms project to the Solution called “IntegratedFormTest” that would allow us to test the layout of controls and forms without having to launch an experimental instance of Visual Studio.

With those changes in, I marked the update as version 0.3.2 and published the update to the Visual Studio Marketplace as well as to the GitHub releases.

As our final task, I decided to rename the Fritz.Rundown project to Fritz.StreamTools to more accurately reflect the purpose of the project.  I started by creating a branch off of the master branch and doing the renaming.  Once I merged that branch in to master, I merged the changes from master into my working dev branch.  Finally, I renamed the namespaces and other new assets in the dev branch that had not yet been promoted up to master.  It was a little tedious, but I think it was good to catch this change now and not a few months down the road.